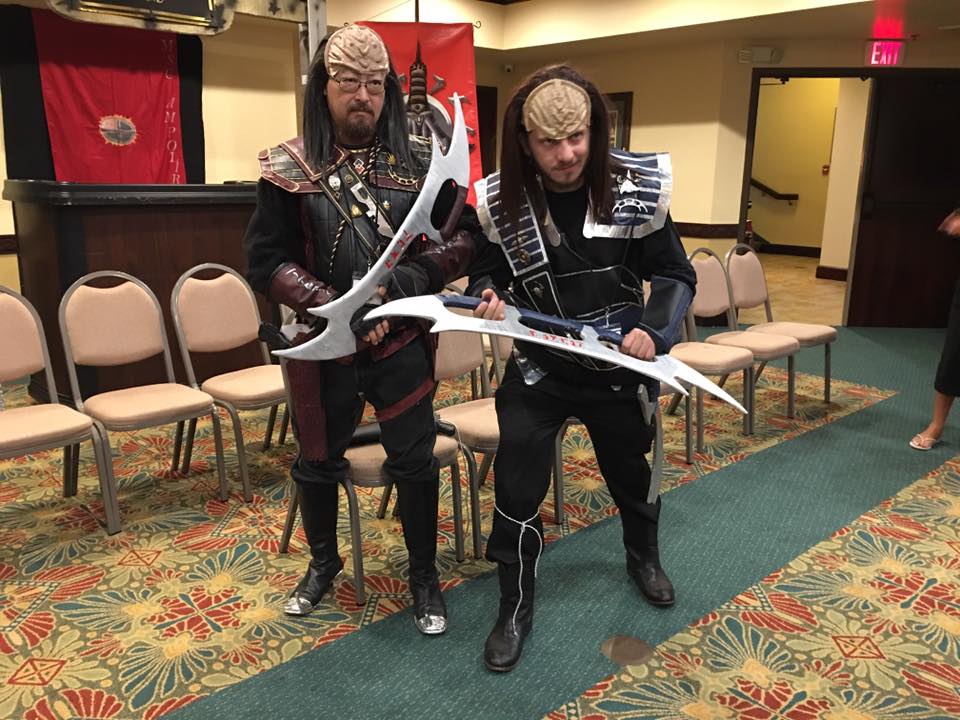 We have blogged about the Klingon Feast in Daytona in the past. So we were saddened to learn that this year’s qepHom will be their last. We learned this in an official announcement from Admiral K’rum epitai-Urussig (Retired).

While writing that “Many issues have led to this decision,” he did hold out hope that “it does not mean that this is the end of some type of special Klingon event in the future.”

Having been Star Trek fans ourselves, this kind of thing always drew our interest. Yet, we never had the opportunity to attend. Nor will we be able to go this year as we have a prior commitment.

This is an annual Klingon event. It appropriately has been held in Daytona Beach since it’s inception, and will be again this year. They boast that this science fiction Star Trek weekend is an “event by the fans for the fans.”

That means that there are no dealers or guest stars – just fans being Klingon, games, contests and gathering for a traditional Klingon Feast.

As the Admiral epitai-Urussig has pointed out, over the years the group “broke bread with people from all over and created friendships that will always be with us.” Events have included lessons in language, make-up and costume design.

And of course, what would a Klingon Feast be without games? There have been costume contests, warrior contests, synthahol contests and Klingon Jeopardy. In addition, there are arm wrestling bouts, an escape room challenge and even a Tribble Relay.

This year, the event will begin September 26 with the Klingon Mini Golf Adventure at Congo River Golf. It was unclear as to whether they would use putters or the more traditional Bat’Leths.

The event itself will be held at the Daytona Best Western Aku Tiki Inn. That’s where the Klingon Rite of Ascension, Klingon Story Time and the Klingon Family Feud will be held.

It will be a bittersweet time, but Trekkies may want to put this final Klingon Feast on their bucket list of events for the ages.