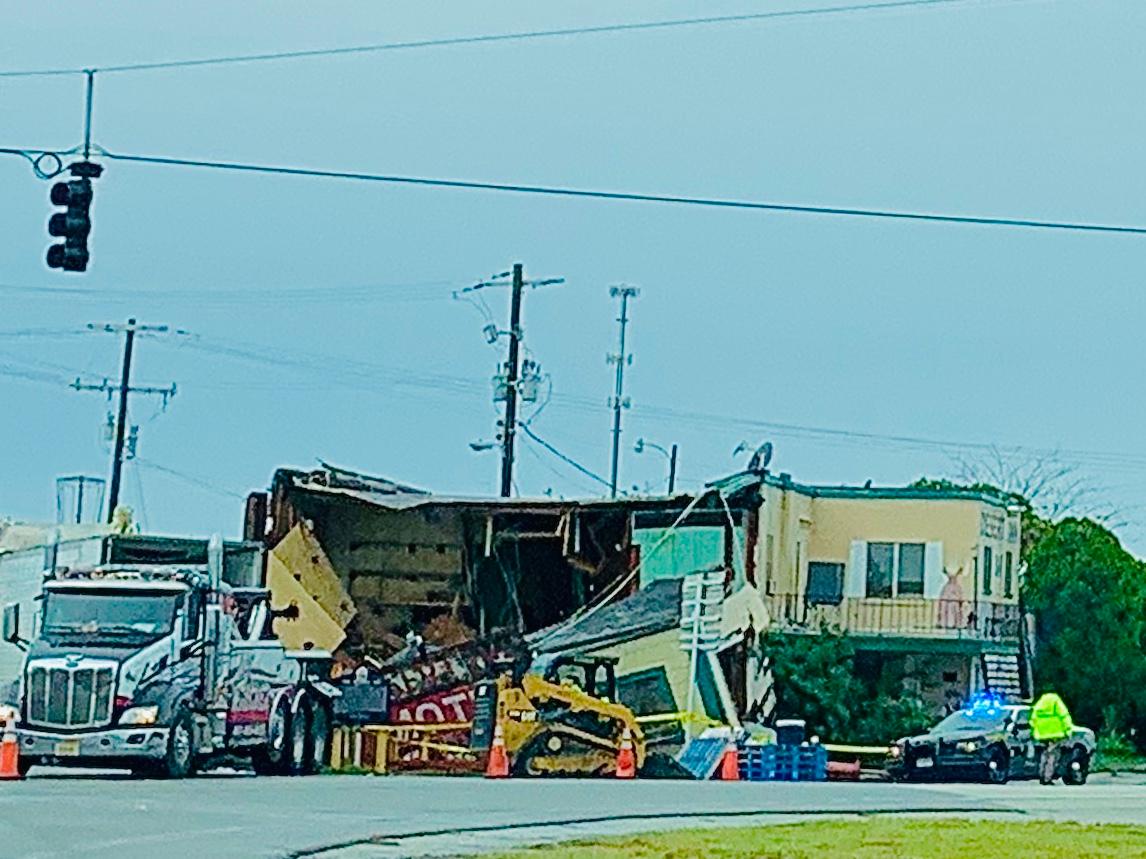 We were shocked and saddened when we heard the news. Osceola County’s Desert Inn had been demolished in an accident. Word reached us while we were vacationing in Boca Raton. Apparently it happened in the early morning hours. A tractor-trailer rig, ironically carrying orange juice, left the road and ran head-on into the building.

The trucker sustained minor injuries. The building, however, was destroyed. In fact, Osceola County Sheriff’s deputies at the scene told us that when they removed the truck – the landmark partially collapsed.

We actually had eaten at the Desert Inn on one of the last occasions they were open. It occurred as we were on our way home from seeing the Jupiter Hammerheads play baseball. The inn appeared to be open so we decided to have lunch.

A nice couple had just taken over the place and they were doing a descent business. A number of couples came and went while we were there. A few regulars never left the bar. In the corner, there was a nice old gentleman playing his guitar and sawing through a country music songbook.

Our Lunch was pretty good. I had the Desert Inn Special, which was shredded pork covered with cheese. Meanwhile, my wife had a BLT. It came out quickly and we had no complaints.

At the time, they told us this was their retirement. The plan was to live there and run the restaurant. The next time we came by, it was closed.

It appears the Desert Inn had a colorful history. Over its lifetime it has served as a trading post, gas station and dance hall. In 1994 the owners got it listed on the National Register of Historic Places. Reportedly, they didn’t even put in full-service water and electricity until 1978.

At one time, a former casting director at an Orlando theme park with acting experience in TV commercials, Kevin Roberts, wanted to open the Desert Inn as an experience venue. His vision was a wild west theme. The idea was to build on the place’s history as a brothel.

Roberts himself would play a sheriff who keeps the peace between a wife and her cheating husband. Everyone was to have dressed in period costumes. And that was just one of the incarnations.

Apparently, that’s all gone now. One speeding semi has taken out the landmark at Jackass Crossing. Sadly, that was name changed to Yeehaw Junction. As the story goes, the state wanted a gentler name for their locator signs.

At one time, it was a destination point. Billboards directed people to the restaurant and gas station. There even was lodging and an upstairs museum. The addition of truck stops closer to the turnpike shut off their fuel. The billboards went away. Traffic slowed to a trickle.

It was a sad Sunday morning when we saw the news. It was even sadder when we drove by and saw the remains.

We were just happy we had a chance to stop by, have lunch and say we were there once.