Home Our Travels Minor Leagues Can Be Major Fun 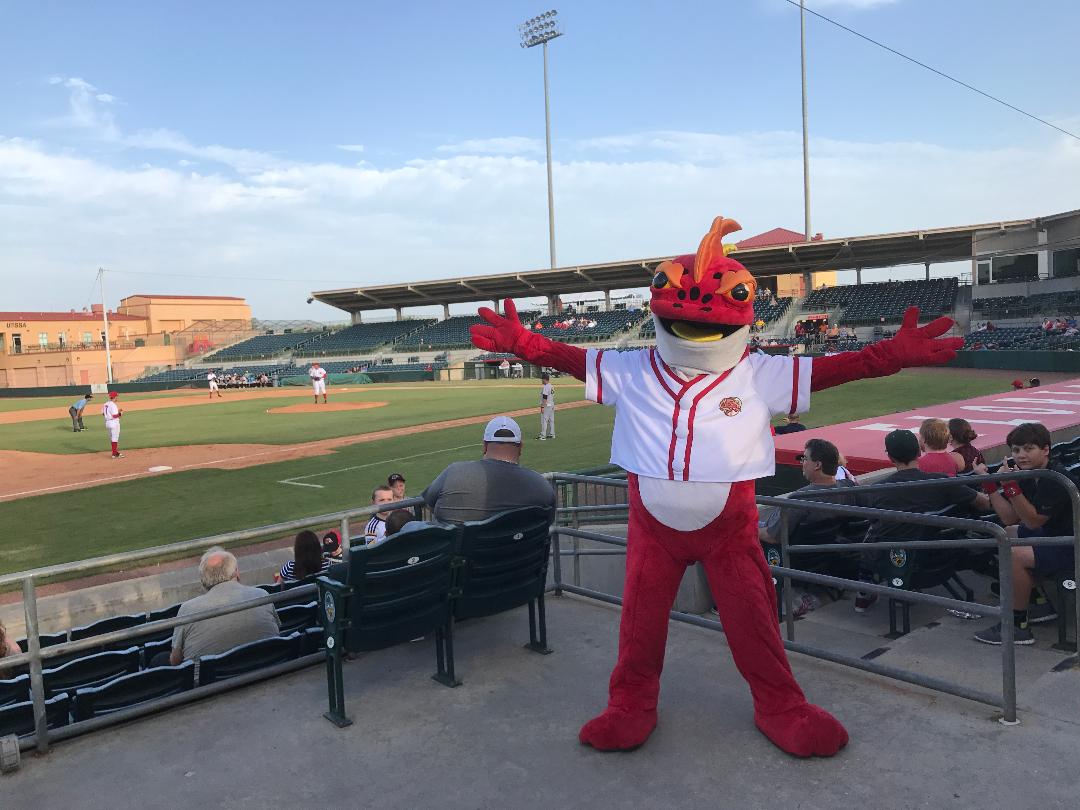 Facebook
Twitter
Google+
Pinterest
WhatsApp
As we travel to more places and have more experiences – Mrs Funmeister and myself have learned that minor league sports activities actually can be as much or more fun than their major league counterparts.
Our journey began this year with some trips to the Class A Florida Firefrogs baseball games in Kissemmee. What a great time! The prices were right and in many ways it is reminiscent  of the baseball we grew up with.
They start with pre-game ceremonies including the National Anthem and the announcement of the players.
The games are truly exciting as these young men are looking to move up, so they are playing their hearts out each game – running,  hitting and diving for the ball. We did see one rather listless left-fielder but by the next game he was gone.
One of the games we saw was decided in the bottom of the ninth with a grand slam home run to win it for the frogs.
Another advantage was access to the players. Kids would routinely run down and give the players high-fives and we walked over to the bullpen so my wife could speak with a pitcher who attended the same college as she.
And the prices are right. You can get a couple hot dogs, chips and two sodas for about the same price as a beer at a major league game, and tickets for the two of us were less than half the price of a major league game. Incidentally, the team merchandise also is about as reasonably priced.
We found the same thing in the racing world. Of course, Florida is loaded with short tracks where the action meets or surpasses NASCAR at a fraction of the price. Recently we went to the second annual Pistons & Props road racing event at the Sebring International Raceway. Again, for a fraction of the price of their legendary Mobil One 12 Hours of Sebring, we had a chance to see dozens of different kinds of vehicles and basically had the run of the place.
The cars were easily accessible in the paddock and it was just as simple to talk with many of the owners about these vintage and historic cars – some of which actually ran at Sebring in the past. Mrs Funmeister actually had a chance to climb into one of the racecars and get a feel for it (sadly, he did not let her get out on the track).
Watching the race is a;so a breeze as there are a lot fewer fans and about as many places to stand – from their elevated pit structure, to viewing mounds to simply standing along the fence line.
So if you’re on a budget, even if you are not particularly a sports fan, the minor leagues in the Sunshine State can provide major enjoyment at affordable prices. Take a look around your area, there probably is a team about of which you have never heard – but might easily become a fan.

That being said, stay tuned, as we have planned visits to see the Jupiter Hammerheads, the Tampa Bay Stone Crabs, the short track at the Auburndale Speedway and a visit to the Avon Park MowerPlex for the NASGRASS lawn mower races.