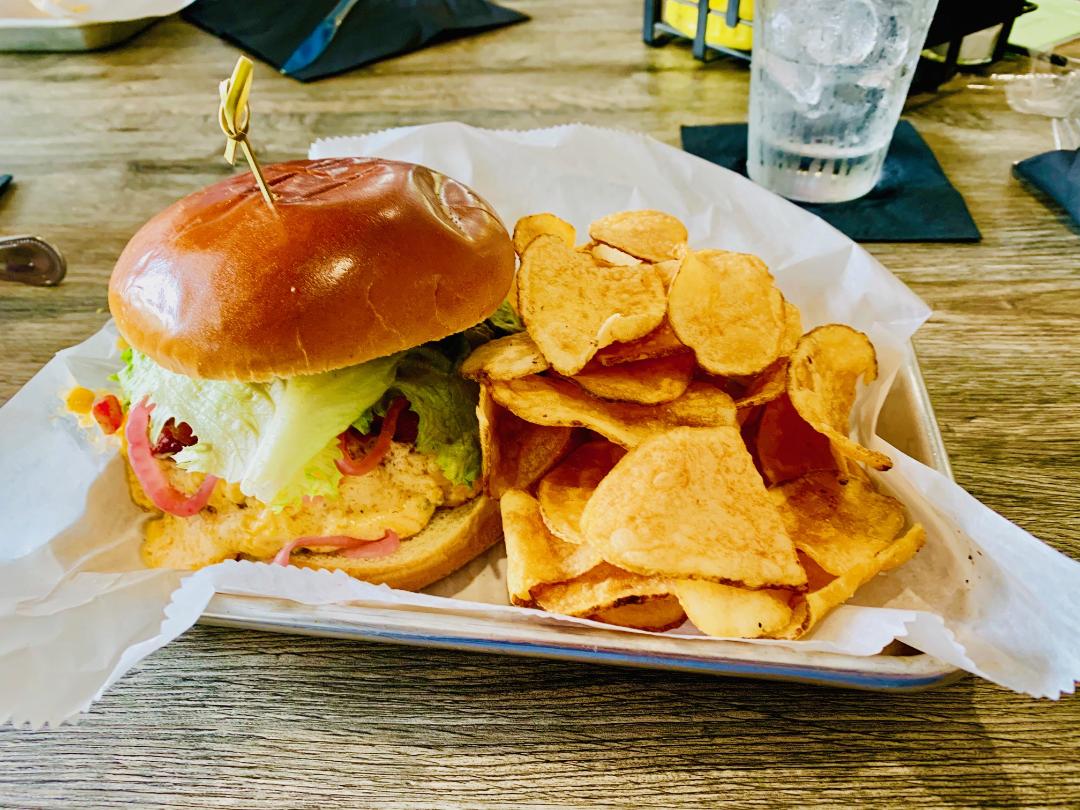 We have visited golf course restaurants during our travels with varying results. Some have been good, some not so good. Recently we heard about a new place called The Sandhill Grill and decided to try it.

Nestled off County Road 17 between Avon Park and Sebring in Highlands County, the place has served as an eatery and meeting facility for the Pinecrest Golf Club. Like the course itself, the restaurant has undergone both renovation and rebranding.

One of the major selling points for us is that it has been taken over by a local restaurateur who has made a name for himself running two other longtime local eateries in the area.

Unassuming from the outside, the Sandhill Grill was impressive to see the Sandhill Grill’s decor. There are two large dining rooms, a bar and a sitting area. It appears the living room-style pit can be used either as a holding area for when the place is full, or a conversation area overflow from the bar,

The bar is well appointed, with a full range of spirits, wines and beers. There also are five large flat-screened televisions. All are easily visible with each featuring a different sporting event. However, the volume was not loud enough to deter from patrons’ conversations.

The Foods’ The Thing

Of course, the menu is what makes a restaurant and being at a golf course, they have a golfing theme. The starters are called “Chip Shots,” the salads “On The Green” and the sandwiches are “The Front Nine.”

The dinner menu has fish entrees listed as “Water Hazards,” pasta dishes are “The Perfect Round” and “The Hole in One” are the beef dishes. Add-ons, by the way, are referred to as “Mulligans.”

We went for lunch and were impressed by upscale food at regular prices. Appetizers included fried green tomatoes, Buzzards Bay Buffalo Wings and giant pretzels among other things.

Sandwiches – like the Bandit Burger – featured pimento cheese and bacon. There was a Sam Adams beer brat and the BLT is served on Texas Toast.

The dinners come with a seasonal vegetable, and after 4:00, your choice of garlic herb mashed potatoes, potatoes au gratin or a baked potato.

Although the Sandhill Grill has only been open since April, already it has been making waves. When we were there there were a few golfers but many more patrons who appeared to be from the community. Subsequent reports from others indicate that their clientele is a lot more than those coming off the back nine.

It is located at 2250 Little Lake Bonnet Road. They do have a Facebook page, but so far no regular web presence.