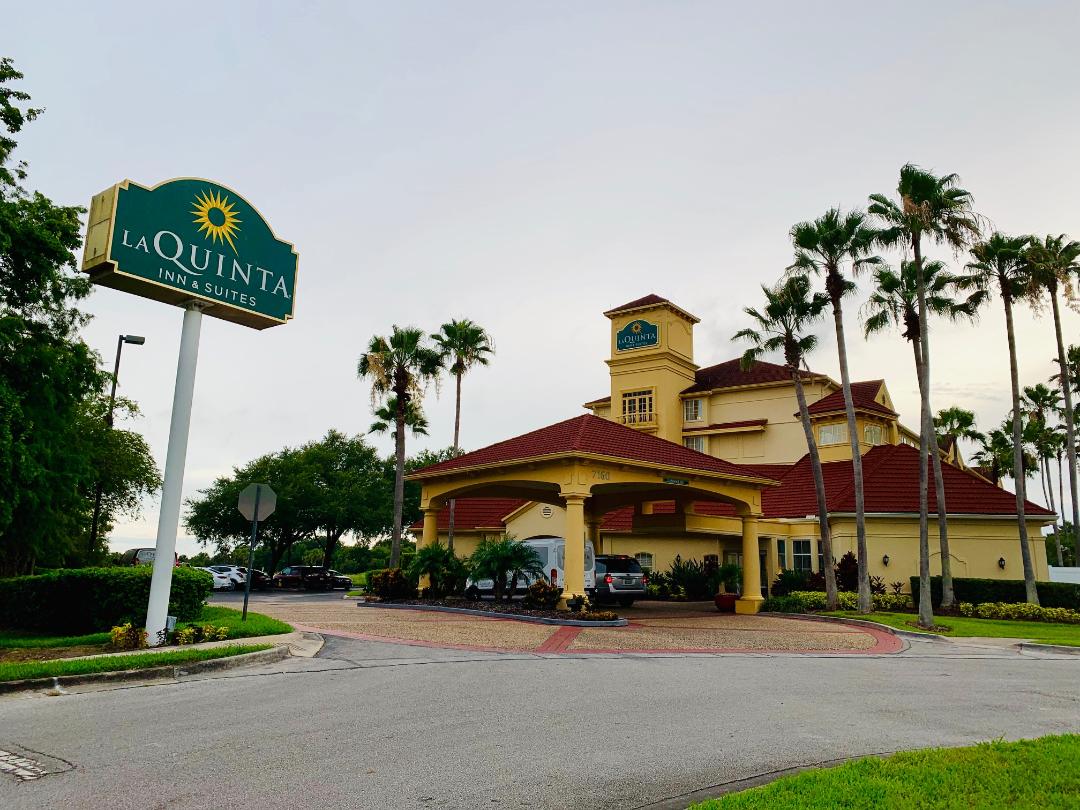 In the past we have discussed staying off-site as a means of saving money. We also have found it can save time and effort as well. We were on a mission to pick up relatives at Orlando International Airport and decided that instead of fighting holiday traffic on I-4, we decided to find a nearby hotel.

After poking around a bit, we found the La Quinta Inn & Suites by Wyndham Orlando Airport North. Yes, it is a mouthful. That being said, it is literally minutes from Orlando International Airport. It’s also in the middle of a sea of restaurants and best of all, it met our pricepoint.

This La Quinta is Well Prepared

This place has just about everything one might need. There’s a pool, a meeting facility, laundry, exercise room and even a small business center. Inside the room was the same, there’s the obligatory flat-screen TV, fridge, microwave and safe. We got a king-sized bed and it was almost as comfortable as ours at the house.

Some have complained that there’s no restaurant or bar at the place – which is true. However, it is in the midst of a vast variety of different restaurants, bars and other dining facilities. This makes it easy to find something you like at a price you can afford.

We did just that. We had dinner, fueled ourselves (and the funmobile on some pretty inexpensive gas), then hit the room for the night.

The Proof of the Pudding

So we had a great night with a comfortable bed. Although the airport is quite near, the noise of the aircraft was not much more than the rumble of distant thunder. It also appeared the flight patterns may have changed between midnight and 6am – as we didn’t hear anything.

The payoff came the next morning. Instead of rising before the sun and fighting I-4 gridlock for hours, we slept in then headed downstairs for breakfast.

The breakfast bar at the La Quinta Inn & Suites by Wyndham Orlando Airport North has three stations including a breakfast bar, a bread bar with toast, muffins and two different kinds of waffles as well as a coffee & tea station.

Despite a pretty good crowd, we sat down at the breakfast bar and charged ourselves and our phones. Yes. there were plug-ins right in front of us. We had a relaxing breakfast

When the call came, we made a quick checkout. Then we were on our way.

Putting the address of the airport in our GPS we were literally minutes from the Arrivals gate. So, instead of sitting in the moving parking lot that is I-4 and worrying whether or not we would leave people cooling their heels waiting for us – we traveled over at our leisure and were EARLY.

It was another great lesson on how to plan. We found a wonderful way to spend the evening and set the tone for the family to come and enjoy all the fun that is Florida.

We recommend this highly. If you have an airport, train, bus or other pickup that is inconvenient, spend the night and bring them in at your leisure. And when in Orlando. the La Quinta Inn & Suites by Wyndham Orlando Airport North is a good option.

The Biscuit Barn Has The Best Biscuits in Florida

The Retreat at Crystal Manatee is a Real Treat