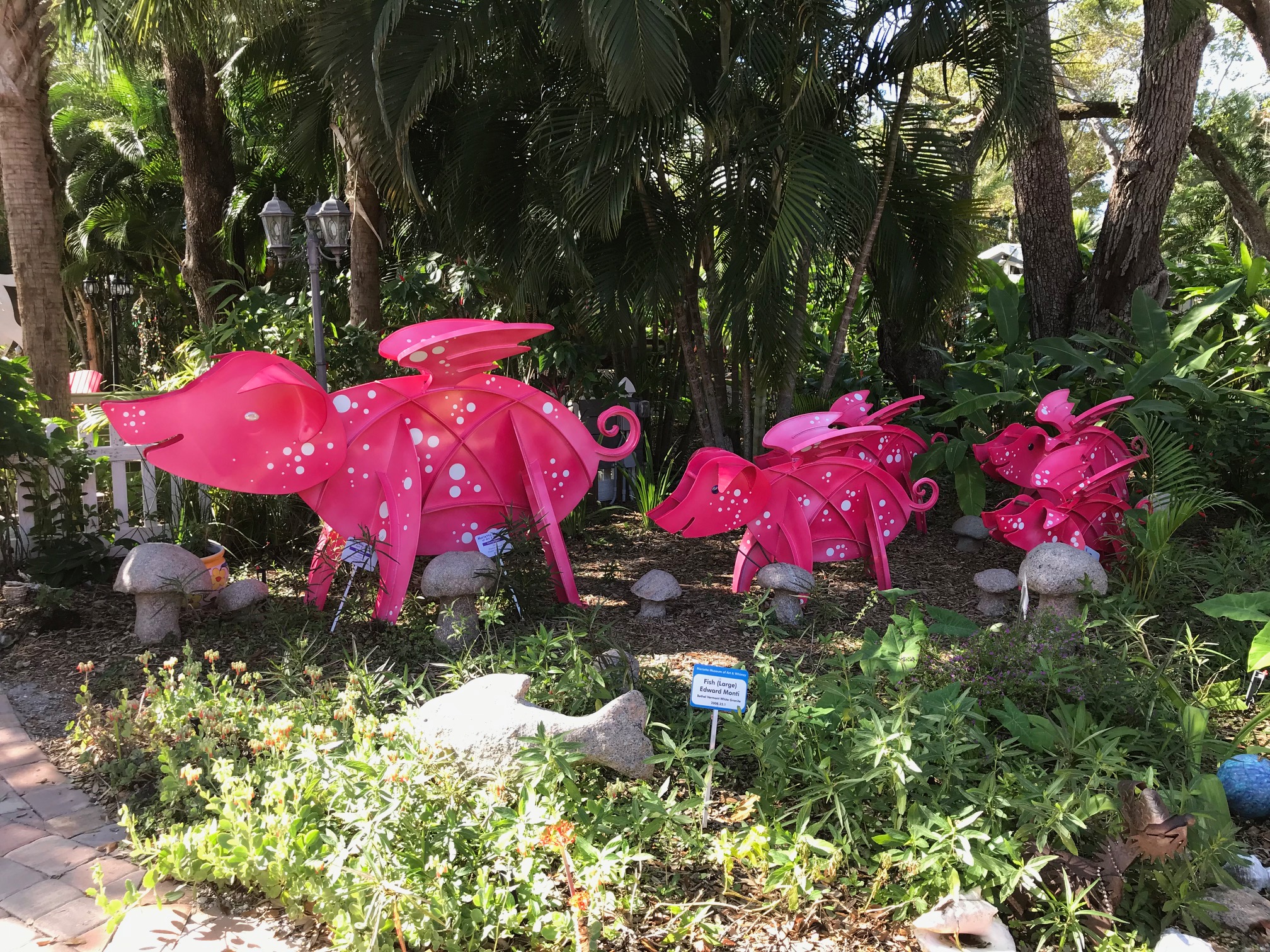 In our many visits to Sarasota we had driven by the Marietta Museum of Art & Whimsy. But we never had stopped in to see it. When we did, we found it was fun at its best. When you look up the word eclectic, this is the picture they would show you.

The Flying Pigs is just one of the myriad of outdoor exhibits we saw. The museum was founded by Marietta Lee. A nurse and EMT from Kentucky, she sought solace in art and nature. In fact, we learned that the museum was not actually named after her, but after her mother, grandmother and niece.

We first mentioned this place in an earlier piece called A Saturday in Sarasota. Then, as now, it’s a mere five dollar donation. We found that to be an inexpensive charge to have full run of the place – both inside and out. It appears that the artists involved love animals. In addition to the flying pigs and flamingos, there were giraffes, a zebra, monkeys hanging from the trees and even a steampunk alligator.

Visitors get an idea of what the place is all about when they reach the front door. There are a couple of fish and bird-themed sitting benches in case members of your entourage get caught up in the rooms full of interesting exhibits.

There are several rooms inside the museum. Each has a docent who can explain what you are looking at and a little about each of the artists. That is a great help, because frankly we thought some of the exhibits needed a bit of … clarification.

The museum’s website lists literally hundreds of different artists who are involved. Their works range from standard paintings in oil, acrylics or watercolor, to pottery, statues and mixed media presentations. In any event, there are dozens of different offerings – many of which will draw the viewer in to look at the hours of work it took to make such a creation.

We were delighted to learn that after a lengthy closing, the museum re-opened the day after Thanksgiving. But plan your trip! They are open Thursday, Friday and Saturday from 1-4pm. They are closed for major holidays and really bad weather – like hurricanes, flooding and tornadoes.

In all seriousness – the Marietta Museum of Art & Whimsy is a great place for a date, a group of friends or to take your grandkids. We give them five stars!