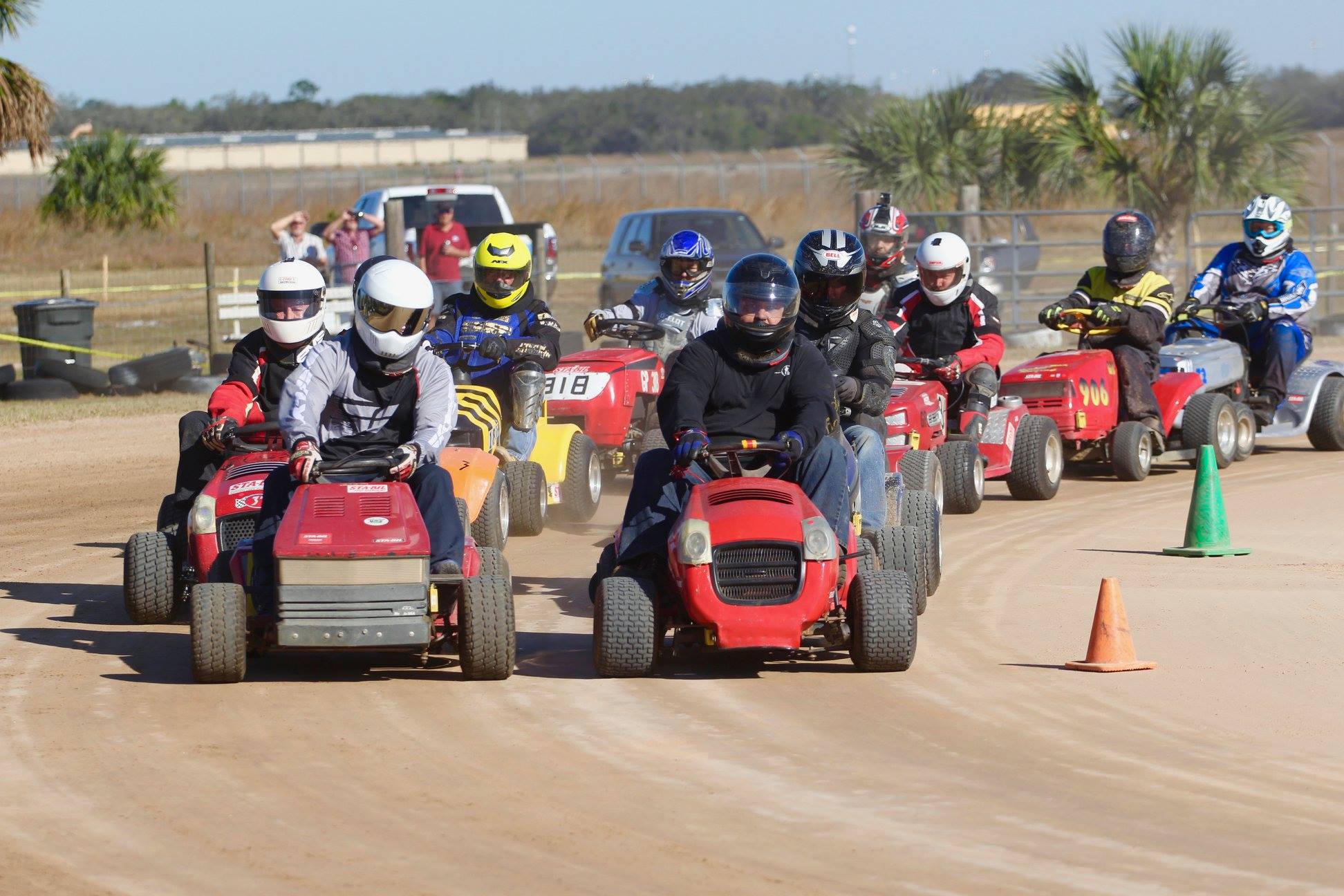 There are plenty of unique things to see and do in central Florida. From the Monument of States in Kissemmee to Solomon’s Castle in Ona there’s a lot of fun there. But nothing is more wacky. exciting and fun than lawn mower racing in Avon Park.

Yes, they soup up lawnmowers and take them racing. It happens the second Saturday night of each month from September through May. The races occur at the Avon Park Mowerplex. That’s located on the grounds of the Avon Park Executive Airport.

We actually have attended several of these events, and they are as exciting as they are entertaining. It’s hard to believe, but some of these guys get going as fast as 60 miles per hour!

Known as NASGRASS, the North American Society of Grass Racers And Sod Slingers has been racing lawn mowers for decades. And the Avon Park MowerPlex, as it is known, is the oldest for-purpose lawn mower racing facility in the United States.

Because it was the first such facility in America. Avon Park is known as “the Cradle of Lawn Mower Racing.”

The night we attended, it struck us that this looks much the same as many dirt racing tracks we have seen across the Sunshine State. They have bleachers, lights, concession stand, a flag tower and an announcer booth.

For a small upcharge, we were able to get into the pits and see these racers up close and personal. Let me tell you, that’s where the fun is!

Walking through the pit area it was easy to approach the racers and their families. They were very forthcoming and eager to talk to us about their hobby.

For many, it was a family affair. They packed up their RV’s and headed for the track. In some cases, fathers, mothers, sons and daughters all had a hand in preparing or even racing the mowers.

They even have classes for youngsters to race.

We also were impressed by the amount of humor injected into mower racing. While the competition is keen on the track, a lot of teams have fun with their names and even the paint schemes on their mowers.

The NASGASS races always are on the second Saturday of each month. We learned the biggest weekend is in March. That is when they hold their “Snowbird Nationals.” Competitors come in from all over the United States for that one.

NASGRASS President Wes Pyburn said they even have had international participation.

“Last year, a guy flew in from England and borrowed a mower to race here,” he said.

A Fun Time for All

In the end, lawn mower racing is wild and wacky fun. But it also is good family entertainment.

We were impressed by the tamber of the crowd. They do not serve alcohol at the MowerPlex and we really heard no rough language.

Our best wishes to the mow-it-alls….