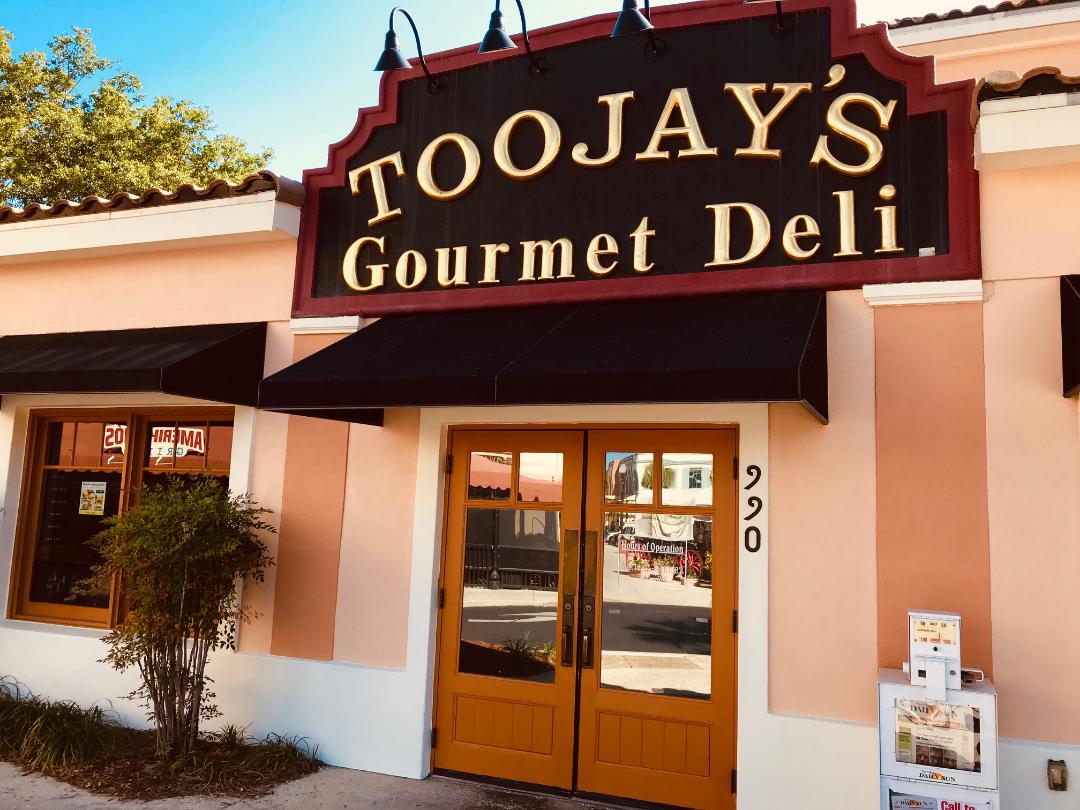 So I was scrolling through my Facebook page and one of my friends had posted they were at the TooJay’s Deli and Restaurant in Orlando. Earlier, we did a story about First Watch as a go-to place for breakfast. In that same way, TooJay’s is our go-to place for go to deli food.

Our first experience with TooJay’s Deli, Bakery and Restaurant came when we visited the Garlic Festival in Lake Worth. We were in the downtown area and spotted the place. We decided to try it out.

As we came in the front door, we were greeted with several cases featuring baked goods and deli items. The place was hopping. There were customers walking out the door with brown paper bags full of goodies with others waiting for a table.

We perused the menu which was rich with sandwiches, salads, entrees and seasonal favorites. Mrs. Funmeister ordered the Reuben – I responded by ordering the Rachel. The Reuben’s classic corned beef is countered by the Rachel’s hot pastrami. Both, of course, served with cole slaw and a dill pickle.

Described as “America’s Favorite Deli,” TooJay’s got its start in Palm Beach, Florida back in 1981. Owners say it was “born out of the passion for creating the classic recipes and flavors of a New York deli – served with lots of love and amazing hospitality.

The chain now has nearly 30 locations throughout the Sunshine State. In addition to the original Palm Beach restaurant, there are TooJay’s in Broward county, along the Treasure Coast and the West Coast of Florida, in the Orlando area, The Villages and down the Space Coast.

We have eaten at five of the TooJay’s locations and have found them consistent in quality of food and service. That’s been regardless of the time of day or the volume of customers in each of the stores.

For more information about TooJay’s, visit TooJays.com. Follow TooJay’s at twitter.com/therealTooJays and instagram.com/toojaysdeli or visit the Facebook fan page, which has over 86 thousand fans, and become a fan at facebook.com/TooJaysDeli.

We say the best way to find out more, is to pick a location and open the menu.