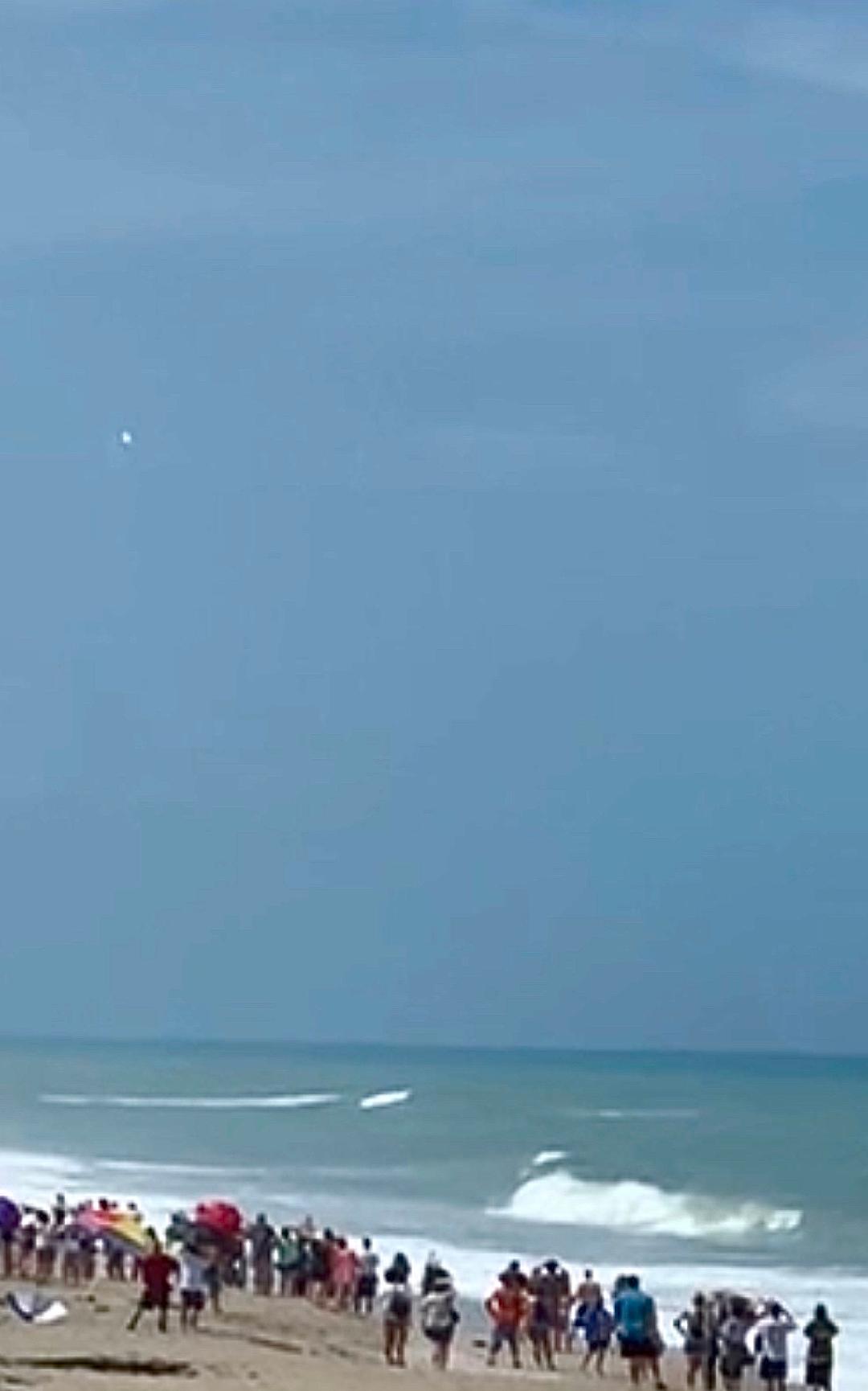 So, earlier we talked about the SpaceX manned launch. After it was scrubbed from a mid-week affair to a Saturday, we took the plunge and decided to head to the Space Coast. I think this was one of our most impromptu and funnest trips ever.

We called an old standby, the LaQuinta Inn & Suites of West Melbourne and Palm Bay. Amazingly, we got a sweet deal. So we packed a small bag, grabbed our travel gear and headed out.

While we were there, we made some amazing dining finds, did a bit of exploration and had one of the best days at the beach ever.

Watching the Dragon X launch came at the end of our Saturday and actually was not the highlight of our trip. We had spent a lovely day at Paradise Beach. The restorative nature of the sunshine and saltwater was undeniable.

But just before launch there was a clap of thunder. Almost immediately the lifeguards cleared the beach. We and hundreds of others trundled up the stairs and headed for our vehicles. We sat in the car in the rain, listening to the live SpaceX Facebook feed and hoping for things to clear.

I finally made a decision to head north to see if we could drive out of the weather. The traffic was significant, being that I was not the only one with that idea. Finally, near Satellite beach, the skies cleared. It was just a couple of minutes before launch when I ducked into a parking lot.

Bailing out of the car, I ran to the stairwell as a woman hollered “One minute!” then someone else yelled “There it is!” I strained to see where it was – then pointed my camera where everyone was gazing. There was no white contrail like shuttle launches we had seen in the past.

Then I saw it, the faintest spark high in the sky – that was it. Then it was gone.

Days at the Beach

As I said, the highlight of our day actually was not the SpaceX launch. It was spending time together at the beach. We carry folding chairs and my wife had thrown a beach umbrella into the car as well. When we hit the beach, we screwed the holder into the sand and pitched the umbrella. My wife braced the chairs against it and used the chair bags as ties to hold it all together.

It was a wonderful time. As the waves pounded in with a stiff breeze, we watched surfers, boogie boarders and one young man on a paddle board that had more than his hands full.

There was plenty of other activities, just down the way from us a couple of girls were digging a hole and taking turns sitting in it, excavating it then jumping in it again. There were couples walking the beach, there was ball playing and plenty of folks just catching some rays.

We did have an opportunity to walk the beach. My wife did find a number of shells that had some really great color. Moreover, Sunday morning we got up early, headed out to Indiatlantic and caught a breathtaking sunrise.

As I said earlier, we love the Space Coast. We also have found a lot to enjoy in Melbourne. In addition to great days at the beach, we found a real hidden gem of a restaurant. Sadly, a couple of other places turned out to be not as good.

We also took advantage of Historic Downtown Melbourne to get stocked up on some things we have been missing for a while. But stay tuned – we will be updating you on that and a whole lot more.

Our one vow was, should we head out to see another SpaceX launch, we’d get closer to the action.