Home Our Travels Dining at Waldo’s in the Driftwood Resort 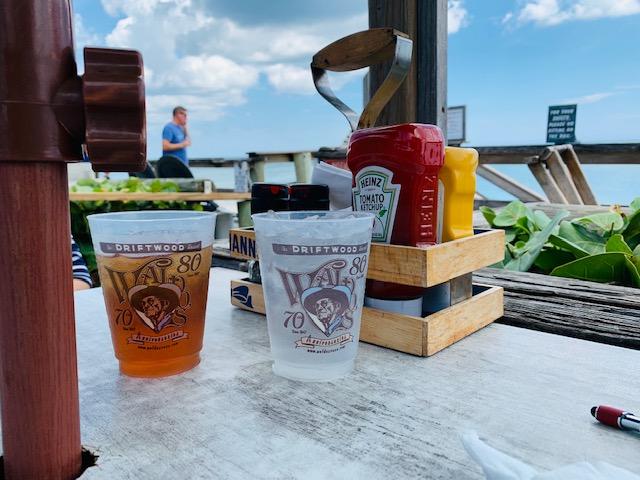 We were on one of our many forays to Florida’s Atlantic Coast when we came across Waldo’s at the Historic Driftwood Resort. Located in Vero Beach along the beautiful Treasure Coast, it was a wonderful experience in more ways than one.

We first wrote about Waldo’s Restaurant & Lounge in our blog about visiting wonderful Wobasso, Florida. The lunch more than met our expectations. It also inspired us to look into spending some time at the Historic Driftwood Resort in the future.

As the story goes, it was Waldo E. Sexton – an original Vero beach settler – who built the two buildings which now comprise the Driftwood Resort and the Waldo’s Restaurant in 1935. Apparently, it began as Sexton’s private beach house.

He called it “The Breezeway” because of the opening in the central portion of the first floor. Soon after it’s construction, The Breezeway became a small hotel. The restaurant, aptly named “Waldo’s,” came in 1947. Later, they moved some small fishing shacks into the complex as well. They served as rooms and shops.

It was in 2004 that twin hurricanes – Charley and Frances did major damage to the building. After a year of renovation it was restored into the complex that it is today.

The Last of the Great American Hangouts

Our experience at Historic Waldo’s Restaurant & Bar was nothing short of fantastic. We found it while heading down State Road 60 and reviewing TripAdvisor recommendations for restaurants in Vero Beach.

When we arrived, we found there was both indoor and outdoor seating. We asked for an outside table with a view. The hostess could not have been more accommodating. Our table overlooked the beach and the bright blue Atlantic Ocean.

Although there was a brief sprinkle, we were protected by our bright red table umbrella. After the shower, we were treated to a bright Florida afternoon with beach goers, water traffic and great food.

By the way, I had the Backyard Burger which was ample to say the least. My wife had a giant pile of Nachos and salsa. Which was tasty. As in many beachside eateries, our drinks came in plastic cups. But with the ornate logo – ours became collectables.

Our Return to the Driftwood

One of our next goals is to return to the Driftwood Resort for an actual stay. There are oceanfront and non-oceanfront rooms. Also offered are one or two bedroom suites – some with a Jacuzzi. You can take your pick of a view. Some overlook the courtyard, others the pool and of course the oceanfront.

Our goal is a simple efficiency that has an oceanfront view. The idea is that we want to have dinner at Waldo’s at sunset – watching the water traffic then later a midnight dip in the pool.

Then, we’d like to wake up in the morning and watch a spectacular sunrise over the Atlantic. It is a worthy goal and a wonderful property.