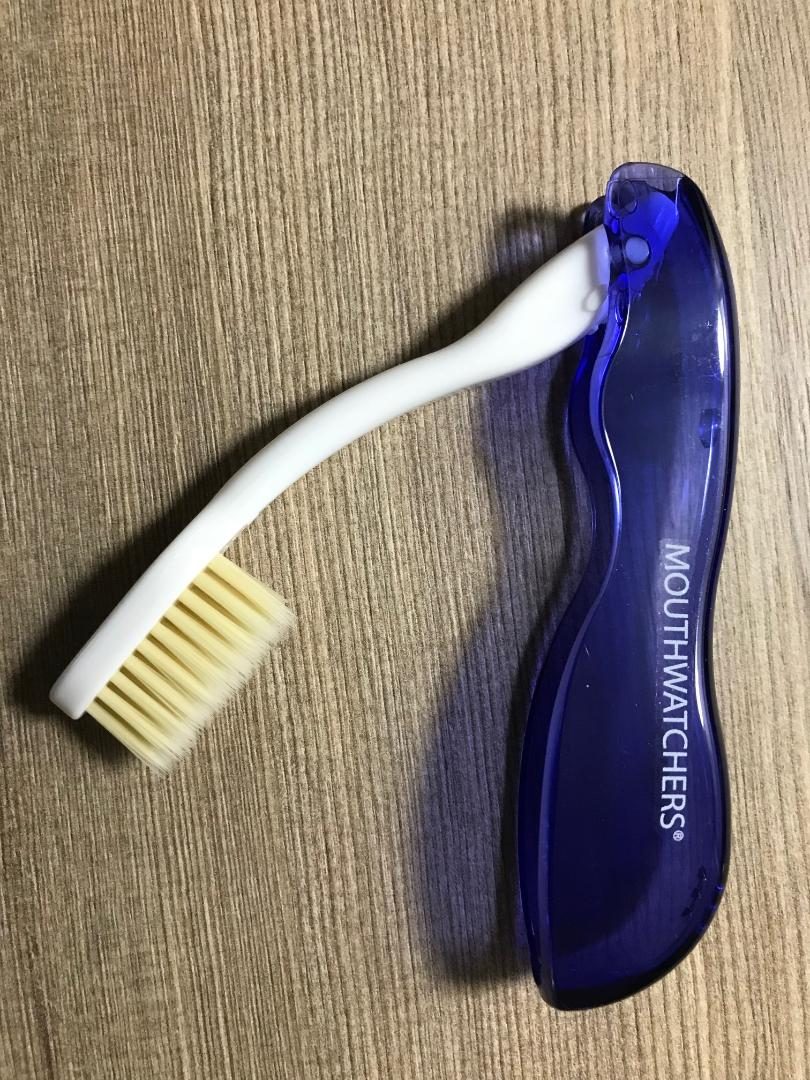 Facebook
Twitter
Pinterest
WhatsApp
When we travel, we have been carrying foldable toothbrushes as a way to save space. These are made by a nationally-known company, so we figured we were pretty well covered.
Then we were alerted to Dr. Plotka’s Mouthwatchers. They come in regular versions, but also in a foldable model – so we thought we’d try them.

The Dr. Plotka’s brand has silver-infused bristles. They say the silver naturally eliminates “99.9 percent” of bacteria that grows in the bristles between uses.
They say the idea of using silver as a healing agent is not a new one. In fact, it dates back to ancient times. However, it fell out of use in the medicinal market in the early 20th century.  However, apparently silver is getting its fame back as a safe, multi-purpose bacterial killer. It is known to kill superbugs such as MRSA and has been tested with some success against 650 common and exotic infections and diseases.
The dual-layered structure on the Dr. Plotka brush is said to provide a better cleaning method. The outer bristles, thin as a human hair, brush away food and plaque and reportedly are ten times thinner than the regular ones. Meanwhile, the thicker inner bristles are designed to provide a more complete cleaning of the teeth and gums.
They also say that due to polyester bending and upgraded properties, users can get up to one extra month worth of use

My wife is a dental hygienist , so I asked her to field test Dr, Plotka’s and give me her opinion, She reports: “I liked the silver infused bristles as toothbrushes are generally stored in the bathroom where each flush adds more bacteria exposure.

“Though it does not take the place of flossing, the extra thin bristles do seem to get between the teeth better and leave a cleaner feel.  The soft bristles are also important to me to reduce damage to the gums and softer exposed root area.

I also like the extra open spaces on the folding toothbrush which allow it to air out more than the model that we have been using.

Overall I like this toothbrush and will continue to use it.  This brush also comes in a standard non folding model with the same bristle features. It is just another of the great gadgets we have added to our travel basket.

A New Travel Hack – A Snow Brush in Florida

Sanitizing the Hotel Room in the New Age of Covid-19