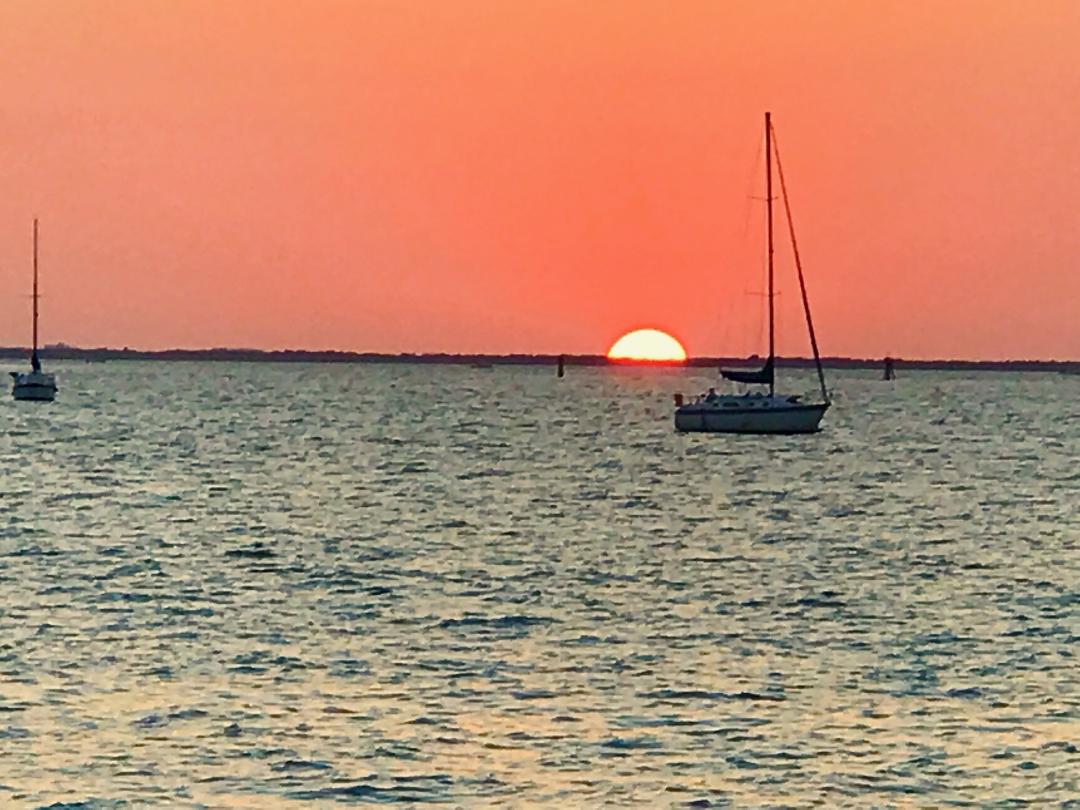 In Spanish, Punta Gorda translates to “Fat Point.” We have visited “Florida’s Harborside Hometown” on several occasions. Perched at the convergence of the Peace River and Charlotte Harbor, it’s a large promontory point, that gives the city its name.

Copperfish Books is right at the corner and it’s a readers dream. You can imagine there are plenty of books as well as stationary, puzzles and gifts. Then there are gift shops like Tiki’s, HipNotique, The Seagrape Gallery and Pomegranate & Fig among others.

There also are plenty of eateries. If you like Greek, there’s Toula’s, or for the best breakfast and lunch in town try Bella’s Bistro, then there’s Italia – which is – of course – Italian, The River City Grill – the home of global comfort cuisine and the Blue Turtle Tavern and Raw Bar.

If you walk across Taylor Street, there’s F.M. Don’s for an upscale casual eatery, Isabel & Annabelle’s Mexican cuisine and Leroy’s Southern Kitchen and Bar for food with a southern flair.

A hop, skip and jump away on Sullivan Street is a line of brightly colored houses. They are green, blue, yellow and lavender. Each houses a different business including real estate, a newspaper office, investment and even a hair salon.

Our favorite was The Orange House. It’s a combination Wine Bar and Breakfast Restaurant. We saw the good breakfast reviews on TripAdvisor and stopped in to check it out. Imagine our surprise when we found a darkened dining room, illuminated wine bottles and jazz music playing in the background.

However, when we returned the next morning, they had opened the curtains and served us one of the best breakfasts we have had in Florida! It goes to show you never can tell.

Two out of the three times we stayed at Punta Gorda, there was a festival of somes kind in the downtown area. They also feature a regular Saturday farmer’s market. There were produce booths, jewelry, makeup, baked goods, even knife sharpening. For entertainment there was a duo playing live music.

One thing we were urged to do was to go to the top of the Wyvern Hotel to watch the sunset. We made our way up to Perch 360 that evening and got a ringside seat. They had a troubadour, a very busy bar and some good food. However, the view was not what we had envisioned.

At that point we settled up our bill and headed for someplace a bit closer to the water. Fortunately we found Ponce Deleon Park. Just along the water’s edge there was a wonderful walkway, numerous pavilions, gazebos and a pier that jutted out far enough to bring us close to the boats and the sunset.

Yes there was lots of nightlife, great places to eat and a wonderful little lodging facility that just met our pricepoint. But we will tell you about those later. In the meantime, suffice to say that Punta Gorda rates a vacation outing

What We Love About Florida