Minor league baseball in Florida is fun - but no more than in Jupiter! 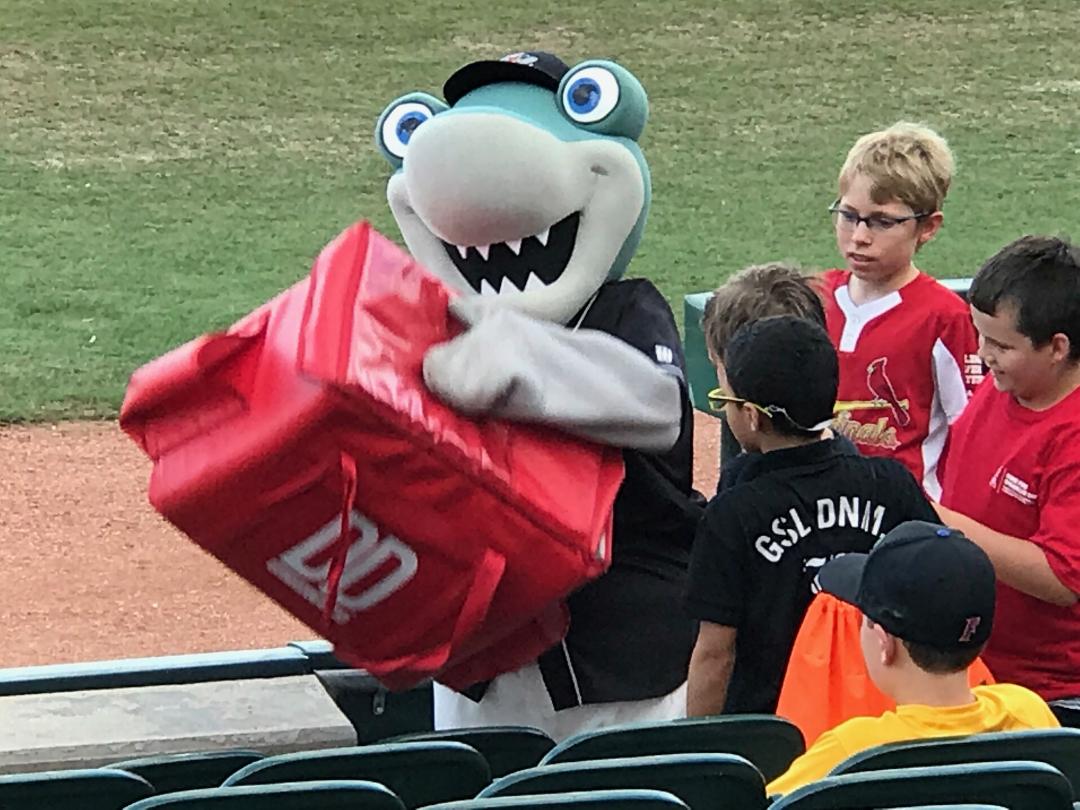 As those who follow us have seen, one of our favorite fun travel destinations has become Florida minor league baseball games, After visiting several contests involving the Florida FireFrogs in Osceola, we decided to take a trip over to Jupiter and see the Hammerheads play.

The Hammerheads also are a Class-A Advanced team and are a feeder for the Miami Marlins Baseball organization.  Yes, the Hammerheads is another of the great nicknames in sports and we found the experience there to be another good one.
To start, Roger Dean Chevrolet Stadium is a pretty nice place to watch a ballgame. Like most minor league venues, finding a seat was easy and there did not seem to be a bad spot in the house. 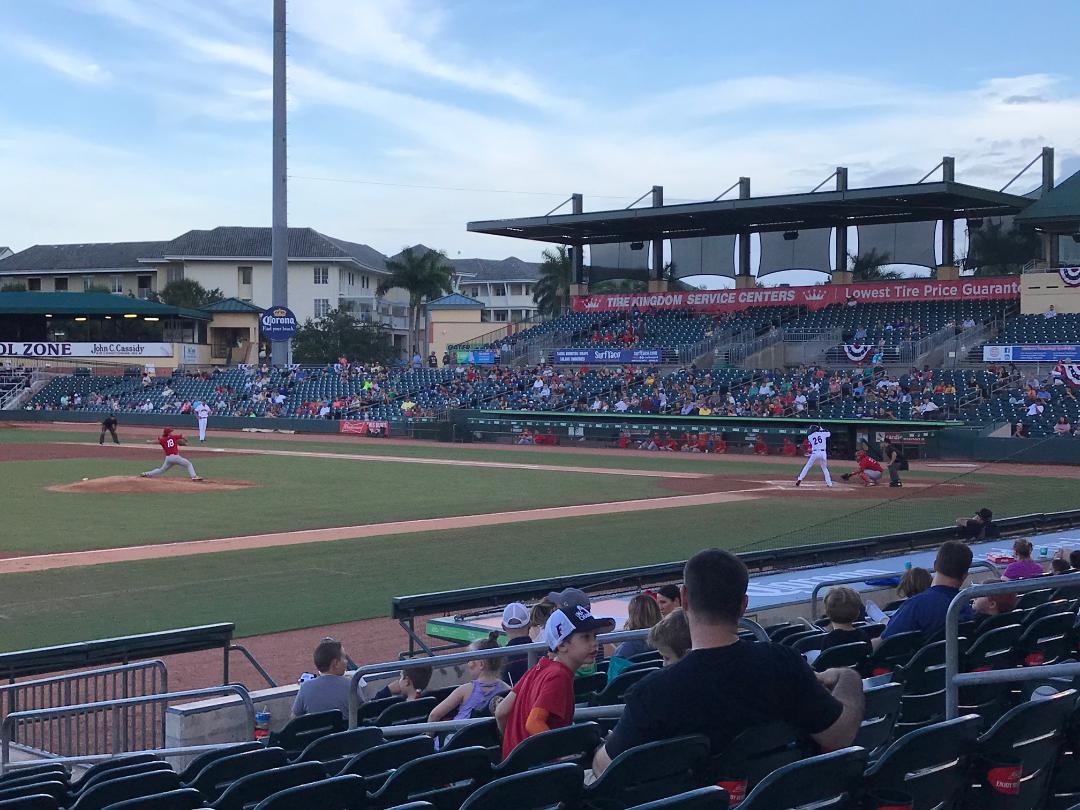 That being said, our biggest disappointment was that there was no public wi-fi in the facility, meaning we could not hear the play-by-play guys Nick Medjool, Shawn Connor, and Chris Pollock. The trio are available on the Hammerheads iTunes internet channel and add a lot of fun and information to the game.

In addition to the on-field action, there was plenty to see and do at the stadium. The team’s mascot, a jersey-wearing shark named Hamilton R. Head (Ham R. Head) was very enthusiastic and was all over the stadium getting the crowd laughing, whooped-up and generally excited about the game.
The night we were there, three of the Chick-fil-A Cow characters also were about, posing for photos and interacting with the mascot and having a great deal of overall tomfoolery and shenanigans.
The promotion of the evening was “School’s Out Night” presented by Jupiter Medical Center. The hospital had a wide array of displays and giveaways in the main corridor.  We had a good time talking with the docents before the game – not to mention a good sized bag of free giveaways.

As in all these games, each player has his own song when he comes up to bat and there’s all kinds of information about him on the Jumbotron. Being that this is the minor leagues, there is a lot of action with diving catches, stolen bases and other strategic baseball plays that you don’t see in the majors.

They also were very free with game balls, tossing a lot to the kids in the stands as souvenirs. That, coupled with the low ticket and concession prices, make it a great entertainment value.
The Hammerheads went up against the Palm Beach Cardinals who brought a contingent of fans with them making for a lot of cheering on both sides. After a spirited game, the Hammerheads fell in extra innings and in all in all it was a really fun night.
Following the game there also was a great fireworks display which came at no additional charge.

Afterwards we had a bit of a snack at the Stadium Grill. It’s a big sports bar right across the street from Roger Dean Stadium. We split an order of nachos and had some of their on-tap root beer.

The server was a great kid and a lot of fun. He was very attentive without being annoying and the fare was both tasty and reasonably priced.
Being a sports bar, we were ringed with widescreen televisions showing everything from mixed martial arts to baseball and even golf. I will tell you the music was a bit loud, but it was tasty and fun.

For our lodging we selected the Fairfield Inn & Suites by Mariott on Indiantown Road. It was not far from the stadium but we still had to use our GPS to get there and back.
The hotel itself is not a bad little place. The rooms are a bit small, but they have all the creature comforts including flat-screen TV with cable, a fridge and microwave, free wi-fi, coffee maker, blow dryer, plus and iron and board. 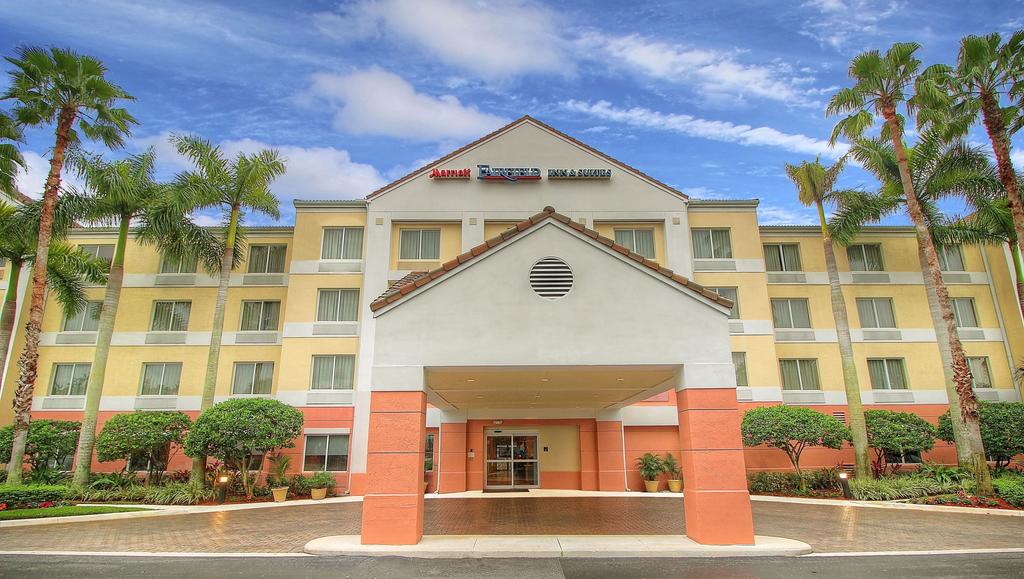 Our bed was a king and it was comfortable.

Although we didn’t use them, the hotel also features a heated outdoor pool and whirlpool, an exercise room and complimentary fax and copy service.

Just as a lot of hotels in this price range, there was a free breakfast and they did their best to have a lot of options. There was a waffle maker as well as a wide selection of cereals and breads. Additionally, they offered fresh fruits and juices as well as eggs and bacon.

As part of our trip we always look for a couple of good restaurants and Jupiter did not disappoint. We found another location of the TooJays Gourmet Deli franchise, which consistently goes above and beyond.

We actually stopped at this TooJays on the strength of our visit to this one in Lake Worth.  My Triple J sandwich was fabulous and on request our waitress brought us some fresh ground horseradish for my wife’s roast beef sandwich. 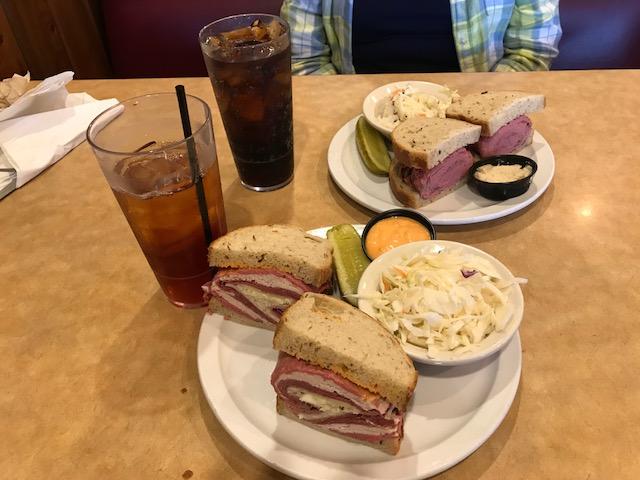 When it came to service, we cannot say enough good things about our waitress Jennifer. We give her six stars.

We also found another gem, the Berry-Fresh Cafe on Military Trail. One of three such restaurants in the area, they offer what they describe as “jazzed up comfort food” and they’re right.

I had the burger with Gorgonzola cheese and bacon (how could you not?) with the red bliss potato salad.  My wife had the Applewood Bacon Chicken with the tomato basil soup.  There was a full half chicken breast on the sandwich.  Far more meat than she could eat (I did help with that a bit).  Everything was quick, fresh, hot and good. 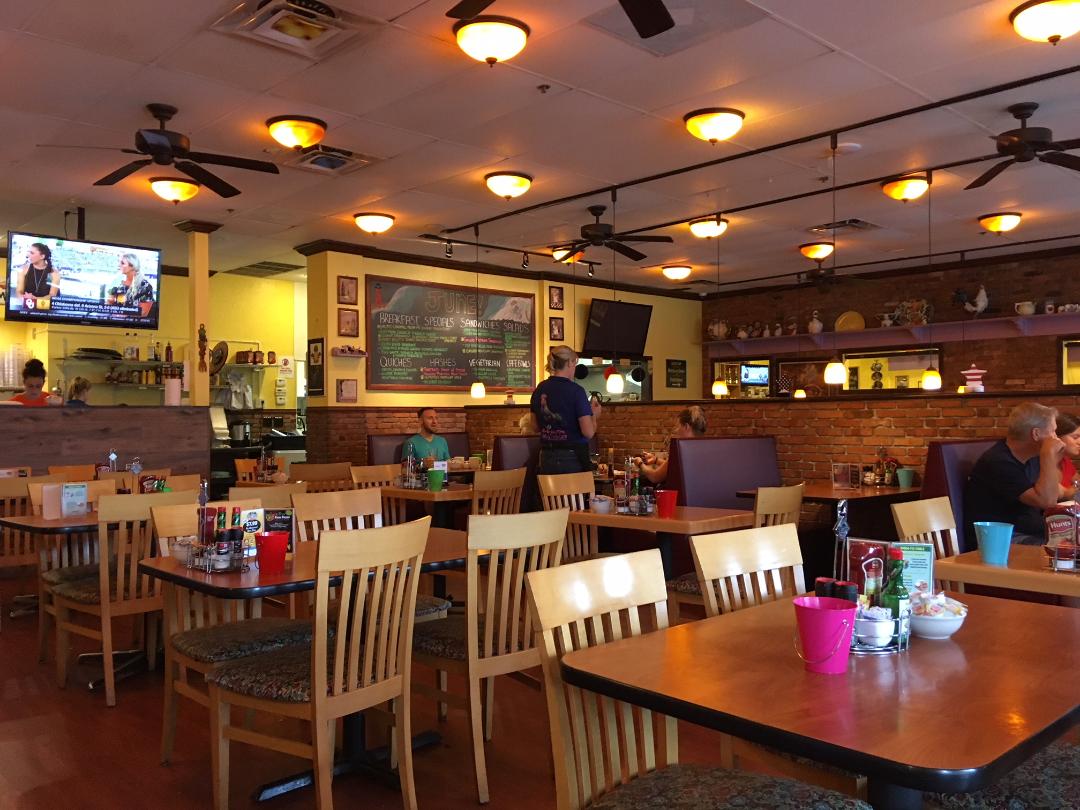 This is the kind of place that – if it were closer – we would visit frequently just to try all the different menu options.

So when it comes to good, inexpensive entertainment, we are zeroing in on minor league baseball and have a couple more stops in mind. And when it comes to a great place in Florida to visit, Jupiter is as good as any.
Next time I promised her we would take a long walk on the beach. make a stop at the Jupiter Inlet Lighthouse & Museum and maybe even play a game of miniature golf.
Please follow and like us: