Home News Thanksgiving Travel at Near Record Levels This Year 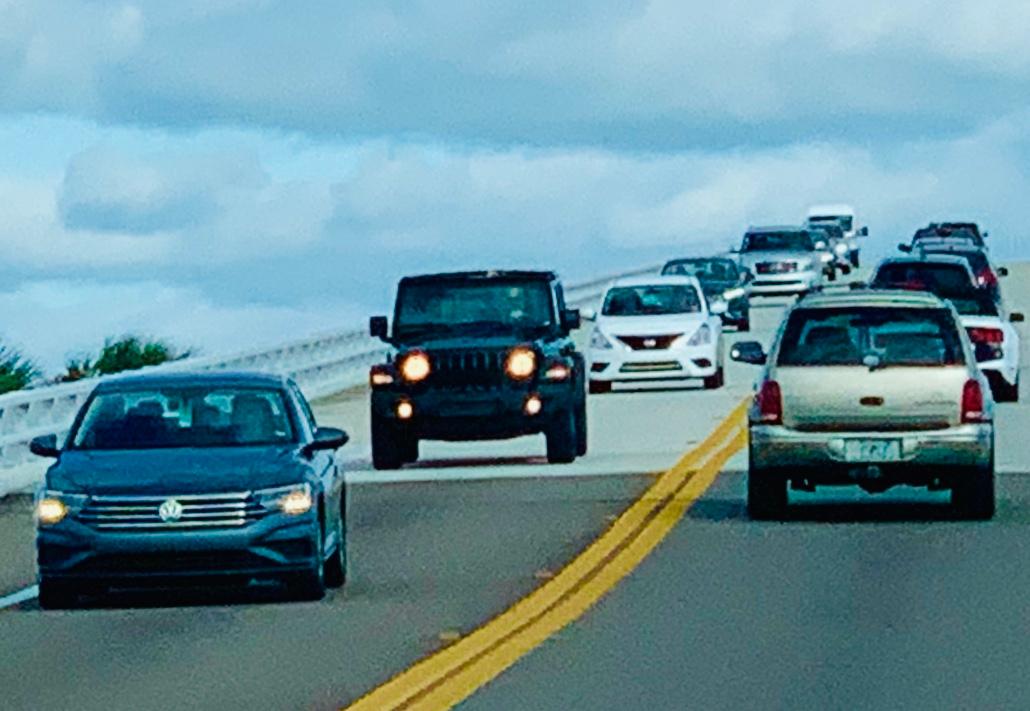 The American Automobile Association is predicting Thanksgiving Travel to be at near record levels this year. Our destination has not yet been determined. But we probably will be part of their projection.

Here in Florida, AAA officials told us there will be 2.9 million travelers on the highways. That’s part of a prognosticated 55 million Americans traveling nationwide over the holiday weekend.

Last year, we had Thanksgiving with the Greeks in Tarpon Springs. Our dinner at Dimitri’s on the Water was a delightful one. However, it was not actually Greek fare. That spurred us to go have dinner with them again more recently. It was Greek and delicious – as was the ambiance.

This year AAA officials told us will be the second-highest Thanksgiving travel volume since they began tracking in 2000. In fact, it’s second only to 2005. And compared to last year, 85,258 more Floridians will be on the road.

If you’re driving we suggest that you gas up and leave early. Wednesday afternoon is forecast to be the worst travel period. We understand nationally, trips could take as much at four times longer than normal in some areas.

“Strong economics are motivating Americans to travel this Thanksgiving in near-record numbers,” said AAA spokesman Mark Jenkins. “Consumer spending remains strong, thanks to increased wages, disposable income, and household wealth. It also helps that gas prices have remained low during the past month, as Floridians finalized their travel plans.

In any event, if you are headed for grandma’s house (or anyplace else) we agree with the AAA – be prepared. The weather is expected to be good – meaning even more traffic. Make certain you leave early and have plenty of snacks – and other supplies – in the car. We suggest hanging your Tossits on the back of the seat to keep the car neat.

Make certain you car is gassed up and that you’ve done your vehicle check. Most importantly, pack you patience and take your fun with you. Remember, getting there can be some of the best part of the Thanksgiving Experience.