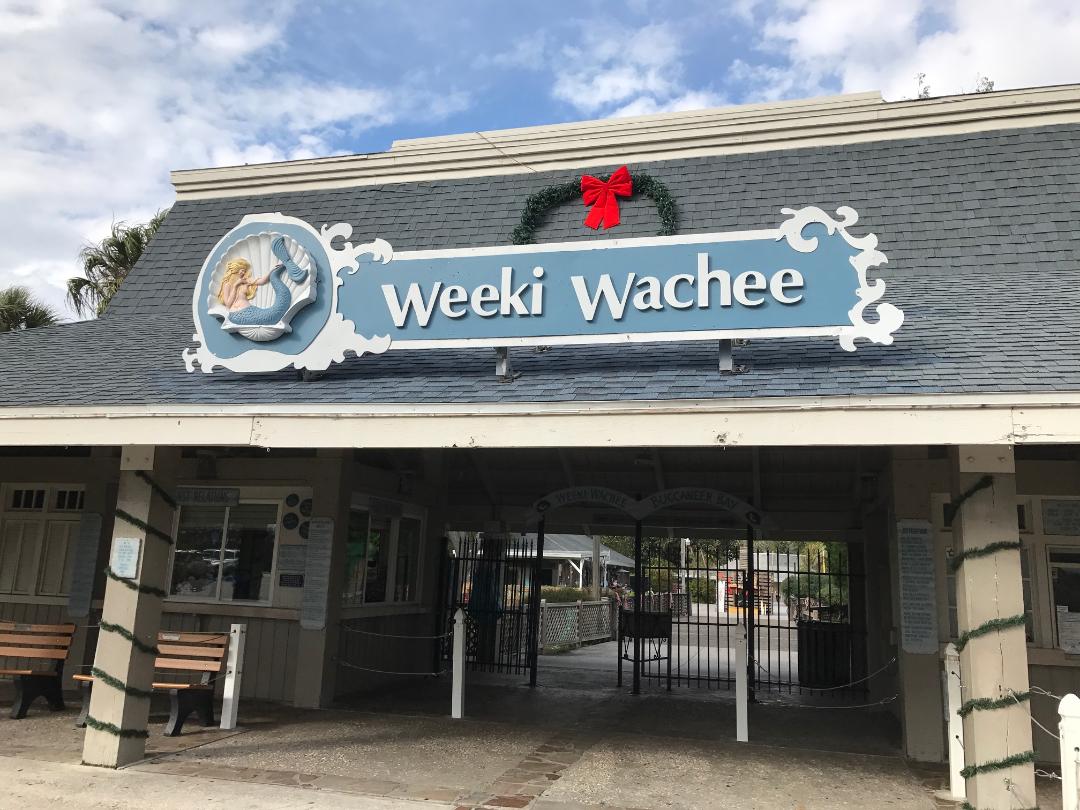 Facebook
Twitter
Pinterest
WhatsApp
It had been nearly six decades since I had been to Weeki Wachee Springs to see the mermaids. So when we saw that they were having a special Christmas presentation that made up our minds for a return visit.
Those who follow us know we like to take the back roads when we head out. That generally means a few extra minutes on our trips but also less traffic, less stress from other drivers and a whole lot more in terms of scenery and opportunities to enjoy the local culture of small towns along the way.
This time it was three hours and change to get to our destination just outside Spring Hill. We’d departed in the morning,  meaning it was the early afternoon when we arrived. It was a weekday and just ahead of a weather system, which means there were no crowds packing the rides and shows.
We had the place almost to ourselves.

A Day at the Park

Starting our day we walked to the back of the park for the last boat ride of the day. While waiting for the appointed shove off time, Mrs Funmeister ducked out over to the concession stand and got us a couple sandwiches. We split them and they were surprisingly good and inexpensive for theme park food.
From 1947 yo 2008 Weeki Wachee was a private sector theme park. Just a decade ago it was taken over by the state of Florida. Although the mermaid show remains, much of the rest of the park has shifted its focus to the flora and fauna of the Sunshine State.

Our tour up the Weeki Wachee River was devoid of anything save the local wildlife and our guide was more than helpful as we motored gently through the crystal clear water.
Stay local and discover amazing things to do in your city. 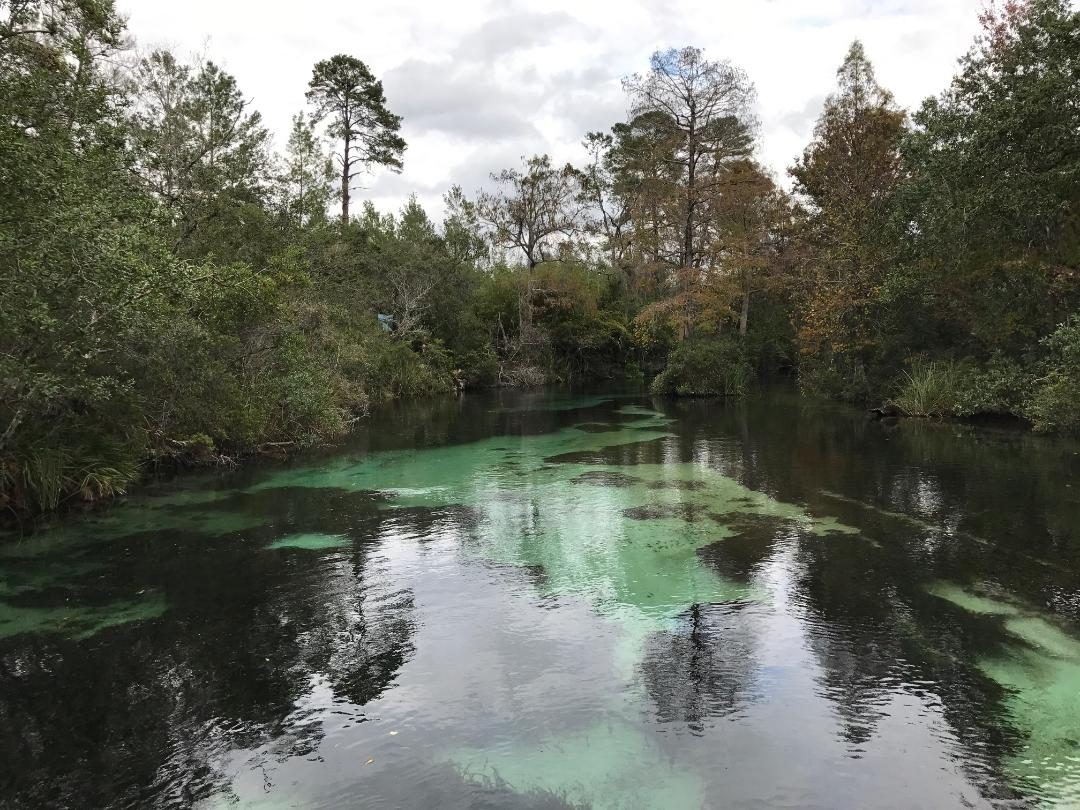 “Generally when we come through here it is like Grand Central Station for kayakers,” he said.
But as we came around the curve there was nothing save a few birds and a couple of turtles sitting on some branches along the shoreline. Looking down onto the river floor it was difficult to determine the depth.
“It’s only four to five feet here,” he said. “But in some places you could dive off a tree and never touch bottom.”
He proceeded to rattle off a dozen different kinds of birds and fish native to the area, then remarked about the absence of manatee or alligators.
“With the weather coming in, I expected we’d see at least a few,” he said. 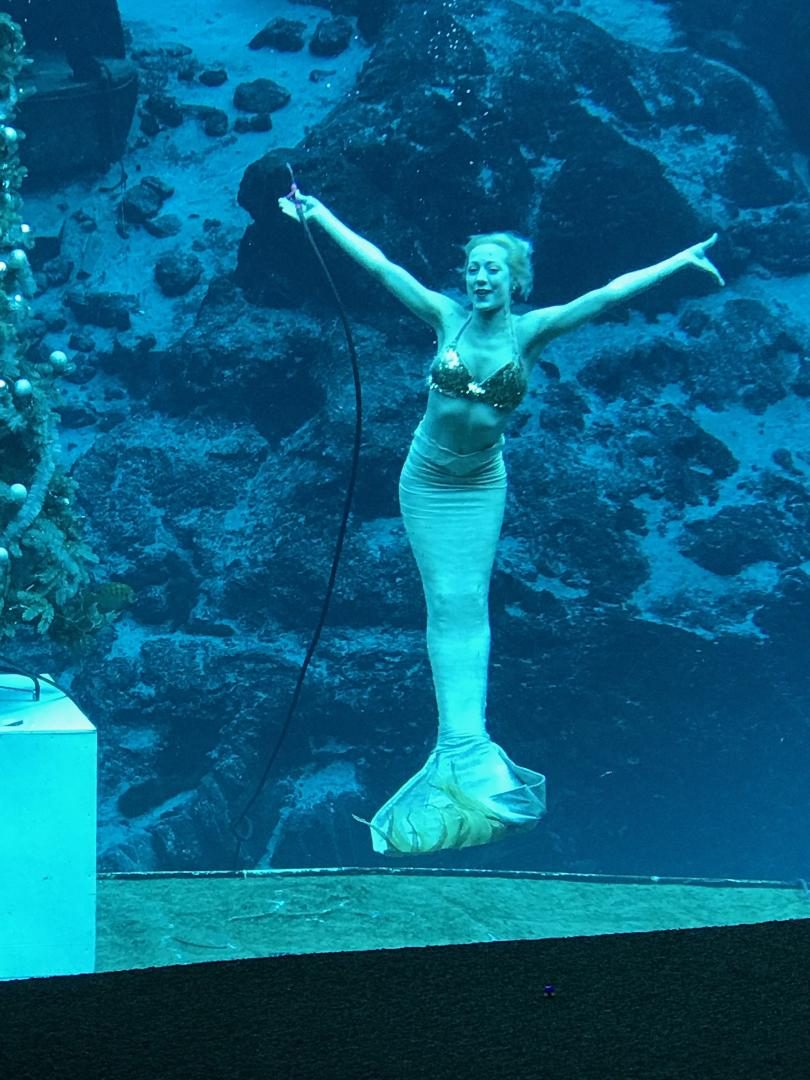 After the boat trip we made our way up to the Underwater Theater to see the show. Apparently “Mermaid Tales” is their normal performance. It involves an instructional about how the program came to be, including the innovative breathing apparatus, and then several short performances interspersed with historic travelogue footage from television and film specials.

The shows involve a series underwater ballet and adagio movements typical of a mid 20th century program.
We then came back for their Christmas program and the transformation of the park was remarkable. Being December it was pitch dark early. There were thousands of mini lights showing the way around the park and various attractions from the Mermaid’s take on The Polar Express, to a progressive Nativity Scene, boat rides up the Weeki Wachee River, a special light and musical show as well as the opportunity to roast marshmallows and see Santa (and yet more Mermaids).
The most impressive part of the evening might well have been the underwater Polar Express show. Multiple mermaids both in fish tales and Christmas pajamas did a rendering of the story through their underwater routines, an on-stage rendition of “Hot Chocolate” and a series of interpretive dances – including the appearance of a merman “conductor” and Santa himself. 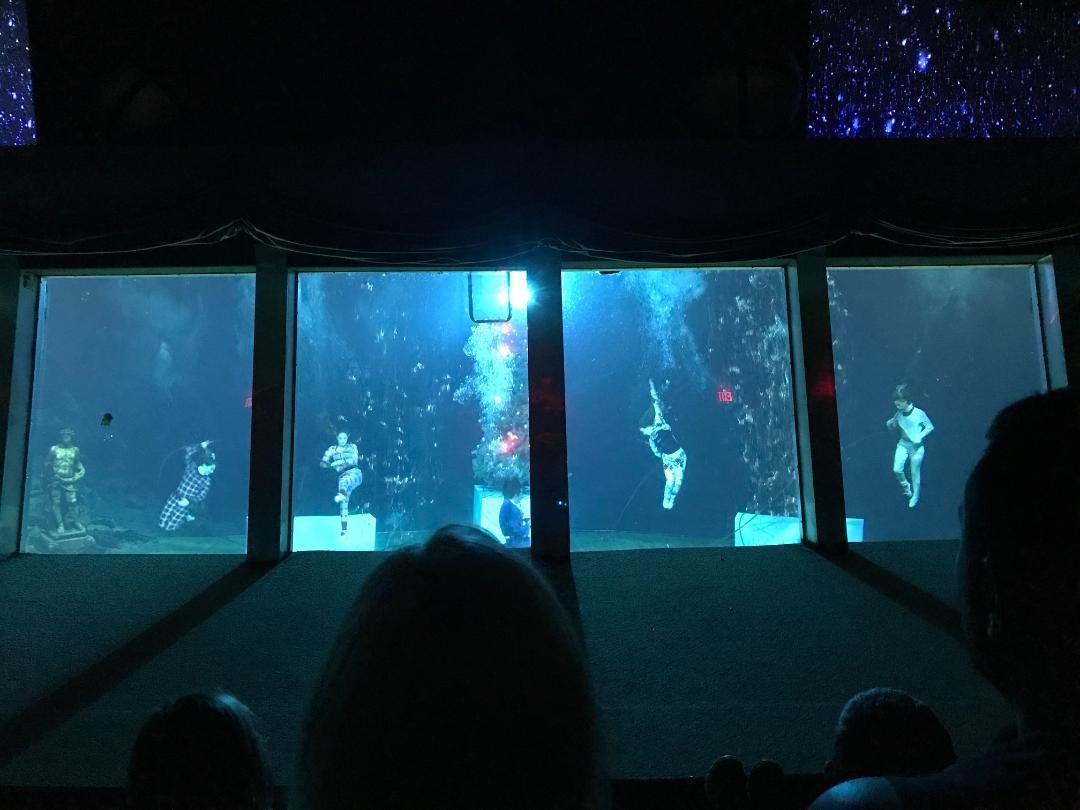 The theater was packed with kids of all ages who responded enthusiastically.’

Staying at the Microtel

For us, it was an overnighter so we found a great hotel bargain in the little Microtel just up the road in Spring Hill. The place is described as “clean & friendly” which is right on both counts. While the rooms lack a microwave and fridge, it has most everything else including a flat screen TV.
There’s also a weight room. computer station and the place is pet friendly. They also have a great breakfast in the morning for a quick nosh before taking off.
For additional information visit https://weekiwachee.com/ and tell them you saw it here!