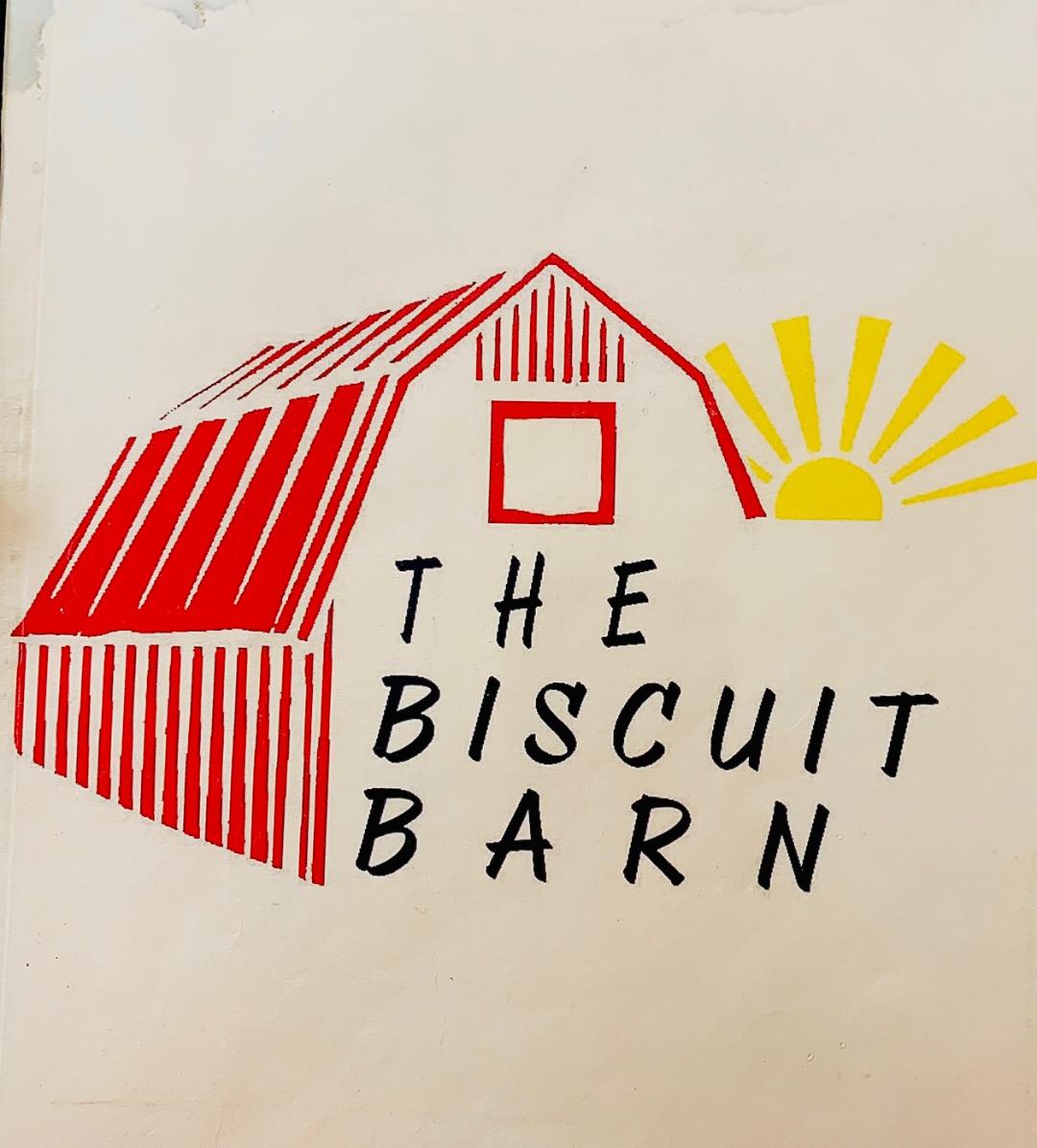 When we read the reviews of The Biscuit Barn, little did we know we were about to be treated to the best biscuits in Florida. We have read rave reviews before, however, upon our arrival the food was good but not great. This time we were more than pleasantly surprised.

It was on our recent trip to Crystal River that my wife found the listing and suggested we try it. The place was easy to spot, inasmuch as there was a twelve foot tall concrete gorilla next door – but more on that later.

The exterior of The Biscuit Barn belies what’s inside. It looks like dozens of different places we’ve dined while traveling over the past few years. Even when we got inside, from the Buffalo Plaid tablecloths to the cast iron cookware hanging on the walls, everything looked vaguely familiar.

When we got our menus, it was obvious that breakfast was their forte. We had two full pages of breakfast options with luncheon selections on the back page. In fact, they had a list of ten different breakfast biscuits (including biscuits & gravy) as well as a dessert biscuit topped with fried apple.

Of course there were the standard breakfasts, omelets, pancakes and skillets. My wife went with the Biscuit Barn Special which was the standard eggs, potatoes and bacon. Lots of bacon.

I, on the other hand, had a veggie omelet. When we asked about the biscuits, our waitress told us that yes, they were made on site. We were at the Biscuit Barn for crying out loud – how could we not have biscuits?

It has been said to take one thing and do it well. Without a doubt, The Biscuit Barn does breakfast well. Our order came out just the way we asked. The bacon and potatoes were crisp, the omelet was fluffy and the biscuits by far were the largest we’d had.

My wife said they are called “Cat Head Biscuits” because they are as big as a cat head (and they were). Moreover, everything was just delicious. I refused to hide the light and fluffy flavor of my biscuit with anything but butter. It truly was melt-in-your-mouth good. I actually would have gotten the dessert biscuit if I’d had any room (which I didn’t).

I think it’s time for another five best breakfasts in Florida. In our opinion, The Biscuit Barn more than qualifies. The portions are plentiful and the food is delicious. Moreover, the service is fast and it comes at a wonderful pricepoint.

We definitely will be back and we will leave some room for a dessert biscuit. And yes, as far as we are concerned, they are the best biscuits in Florida.

Following our breakfast, we headed next door. There is a defunct taxidermy shop that has a twelve foot tall gorilla out front. Apparently, he was supposed to represent the Florida Skunk Ape – but he looks like a gorilla to us.

The place now is for sale, but he remains. His hand is down and we actually could sit in it and have our pictures taken. I cannot publish the one of my wife, but here is a picture of the gorilla, just waiting for you.

The Biscuit Barn is on Highway 19 in Crystal River.