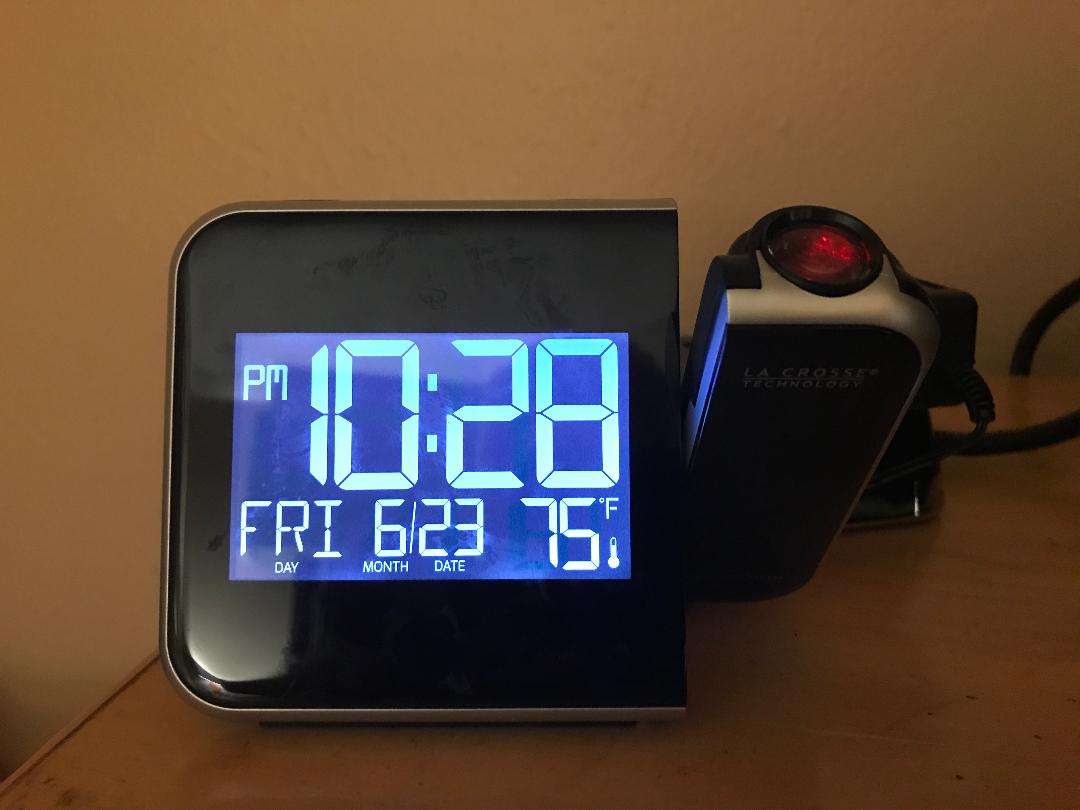 On our recent trip to Siesta Key, we had several tasks to accomplish. One was to test out a new LaCrosse projection clock.

During the last few months we had become spoiled. The clock in our master bedroom has a function that projects the time on the ceiling. It’s quite handy inasmuch as we don’t have to crane our necks to see it. We also don’t have to peer around any items blocking the clock face. Because there it is – in HUGE numbers, right above our heads.

Initially, we thought we had found one at a thrift shop. It was a trim little battery-operated model still in a blister pack.

Sadly, when we got it home, we found that not only did the dial not illuminate, but the projection function was only good for a few seconds. Moreover, we had to click it manually whenever you wanted to activate it.

That’s when we began our internet search and found there are a myriad of different makes and styles. Prices ranged from just under $20 to nearly $100. Being the frugals that we are, we opted first for the La Crosse Technology Projection Alarm Clock at $17.99

We found the LaCrosse can operate on batteries or via a power cord and also gives you the room temperature. Perfect for us.

Despite its small size (6 x 4″), we found the numbers are large. They also are in block so they are easy for us to read. However, we found the dial is extremely bright so at night. Therefore, we had to face it toward the wall. That made for an ersatz night light. But then again, we bought it for the projection function. That worked perfectly.

The way it is configured, we can swing the arm backward behind the clock. Then, by using the projection switch, the numbers can be turned 360-degrees so that it will appear right-side-up no matter where our bed is located.

Our downsides include; that the projection function only works when it is plugged in the wall and not by battery power.  Also, the stand is not detachable making packing a bit more difficult (even though it is only 2″ wide). Our experience was that finding support from LaCrosse to ask questions was difficult at first. However, we finally did get hold of them to ask questions via email. 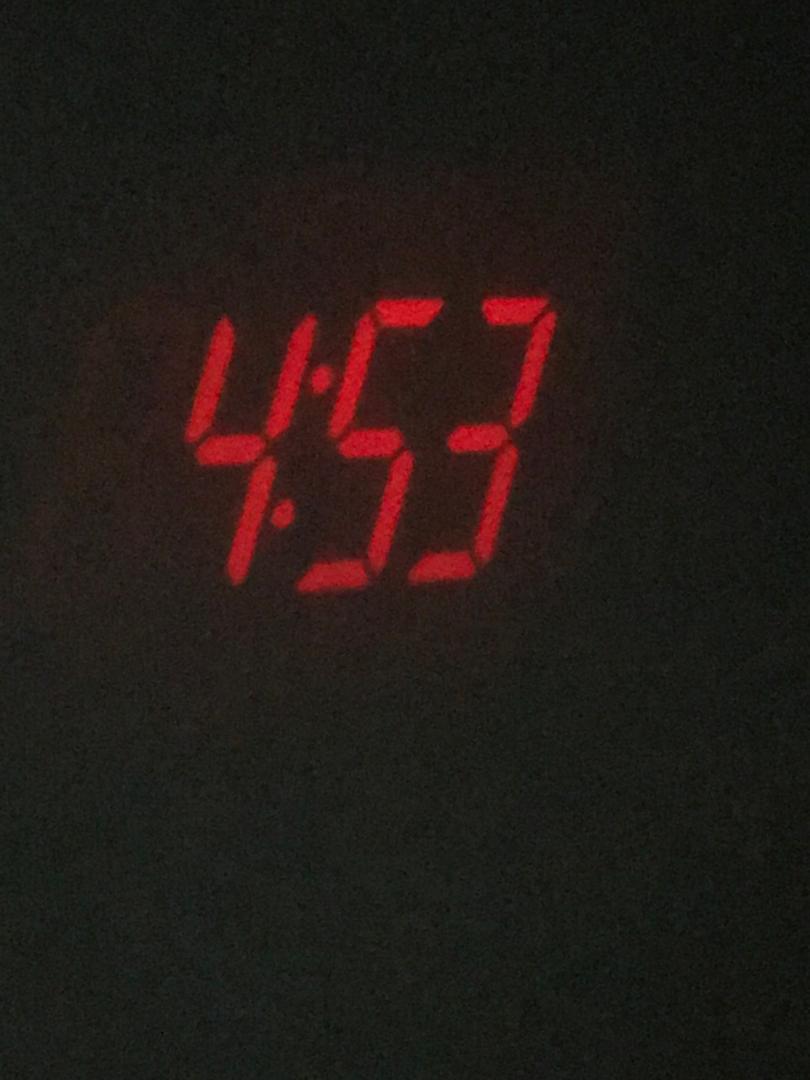 A Bit of A Problem

During our initial test, we used it for to consecutive nights and had no complaints. In the morning when we arose, we turned it back around so we could see the actual dial face. We found the projection numbers were a bit stubby and it was difficult to read.*  Additionally, we had to use the focus function to firm up the display once it was on the wall where we wanted it.
One nice thing is, since it runs on batteries, it will continue to work between trips. Meaning,  we will not constantly have to reset it.

In all, for the price, it was a good buy. We will continue looking for one that operates its projection function on batteries alone (if such a model exists). As far as we are concerned, all the other functions, from temperature reading to alarm work as well or better than advertised.

Again, we think it is a good value for the price and can be found in many big box stores. We pack ours in an old, velvet Crown Royal draw-string bag – it fits perfectly.

More on this product may be found here.  If you try this or other gadgets – please let us know. Visit our Florida Fun Travel Facebook page or drop us a line at floridafuntravel@yahoo.com.

A New Travel Hack – A Snow Brush in Florida

Sanitizing the Hotel Room in the New Age of Covid-19